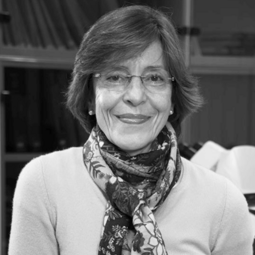 Described as “an excellent and dedicated scientist,” Fátima has contributed to multiple discoveries in the field of gastric cancer. She is currently Professor of Anatomic Pathology at the Medical Faculty of Porto, head of the Department of Anatomic Pathology at Hospital Sao João, and senior investigator at the Institute of Molecular Pathology and Immunology at the University of Porto. Nominators called her “a great pathologist and an excellent professor.”

Fátima’s research interests include the etiology and pathogenesis of gastric cancer, including the role played by Helicobacter pylori, its virulence factors, and the host’s genetic susceptibility, and the molecular basis of disease. She also has an interest in the molecular basis of stomach cancers, in particular in cases of familial gastric carcinoma and hereditary diffuse gastric cancer. Fátima has written about 250 peer-reviewed publications, contributed chapters to well-regarded textbooks, and has served as editor, or on the editorial board, of numerous pathology journals.

A leader not only in her own field, but in pathology in general, Fátima has held many prestigious leadership appointments. Formerly President of the European Society of Pathology, she was also Portugal’s delegate to the committee for the European Commission’s Seventh Framework “Cooperation” health program. She has also been Coordinator of the Portuguese Network of Tumor Banks, Vice-President of the Portuguese Academy of Medicine, and a participant in multiple scientific committees, working groups, and organizations. She remains a member of the European Society of Pathology’s Working Group on Digestive Diseases and of the European Association of Pathology Chairs and Program Directors, and she is organizer and coordinator of the University of Porto’s doctoral program in basic and applied biology.

After all, who better to set such a leadership example than the winner of our 2018 Power List and “One of the best and most dedicated professors in the Faculty of Medicine?”

We asked Fátima what her most treasured accomplishments are so far, and she says, “Besides my major involvement in the pre- and post-graduate teaching and in diagnostic activity in histopathology and molecular pathology, I would like to highlight my two proudest achievements: Reaching seniority in the field of my main interest, gastric cancer; and international networking through professional teaching and research initiatives, leading to collaborations across four continents.”

100 of the best, brightest, and most powerful advocates of pathology.
Celebrating 100 inspirational and influential professionals in laboratory medicine.

June Issue of The Pathologist