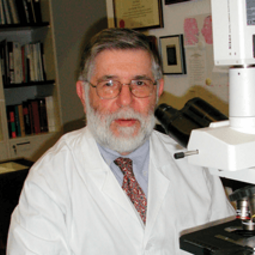 A pathologist who wears many hats, Juan is currently director of the International Center for Oncologic Pathology Consultations at the Centro Diagnostico Italiano in Milan, visiting professor at Harvard University and Massachusetts General Hospital, adjunct professor at Cornell University’s Weill Medical College, and senior consulting pathologist at LabCorp. His motivation comes from “the opportunity to ask important mechanistic questions on the basis of microscopic imaging, and the attempt to answer them in collaboration with colleagues by using the new wave of sophisticated molecular, genetic and computational tools.” His well-respected career in pathology spans over 50 years, during which time he has characterized novel medical conditions including Rosai-Dorfman disease, a type of histiocytosis, and the rare cancer desmoplastic small-round-cell tumor. Juan feels that ahead of pathologies lies “the most exciting phase of its brilliant evolution, progressing from humoral to anatomic, and from there to microscopic, ultrastructural, immunohistochemical, genetic, epigenetic, molecular, computational, and who knows what else?”.

Who are the most influential laboratory medicine professionals?
That’s the question we posed to ourselves – and then to you – over two months ago, ahead of open nominations and a painstaking judging process. Here, without further ado, we celebrate the answer. 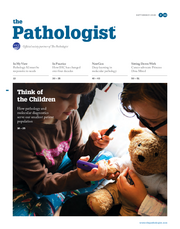