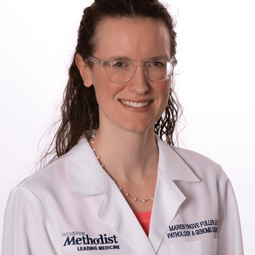 Her nominators labeled her “one of the most-followed pathologists in the world on Twitter,” and more generally, a “prominent figure in pathology social media.” She co-founded the Twitter-based #pathJC pathology journal club, and was appointed as Associate Editor for Social Media for the Archives of Pathology this year while she was still in training – a first for the Archives and, according to nominators, “likely a first for any major pathology journal in history!”

Maren, a cytopathology fellow at Houston Methodist Hospital, says, “Not only do I share interesting cases and tidbits with other pathologists and medical professionals around the world, but I've also interacted with many pathologists via Twitter that I never would have otherwise. Many of these online interactions have evolved into meaningful professional connections and projects.”